Is your PS4 not showing anything? You could have a common PS4 HDMI port problem.

Sony designed the PlayStation 4 to function as the digital hub of the living room, giving it a wide range of multimedia capabilities. The PS4 HDMI port connects the console to your television and transmits the sound and picture through. Almost all newer gaming consoles use HDMI cable because it supports the highest definition video signals and surround sound.

Due to poor design, first-generation PlayStation 4 consoles HDMI ports are weaker and tend to break. These ports are soldered using little tiny pins to a motherboard inside the PlayStation 4. When the HDMI cable is abruptly yanked, pulled or inserted at an angle, it breaks off the motherboard.

Some PS4 owners have reported HDMI issues when using the PS4 in conjunction with certain settings on their televisions. For example, your HDTV may be compatible with high-bandwidth Digital Content Protection, which helps to deter the unauthorized copying of media.

If you are facing issues with PS4 console, you must first look for signs of a PS4 HDMI port issue:

If you observe any of the above, you need to check the HDMI port for signs of damage. Some early PS4 units were shipped with faulty HDMI ports. If this issue is present, an uneven piece of metal prevents full insertion of an HDMI cable. In some cases, PS4 owners have even damaged their HDMI cables by attempting to force them into these faulty ports. 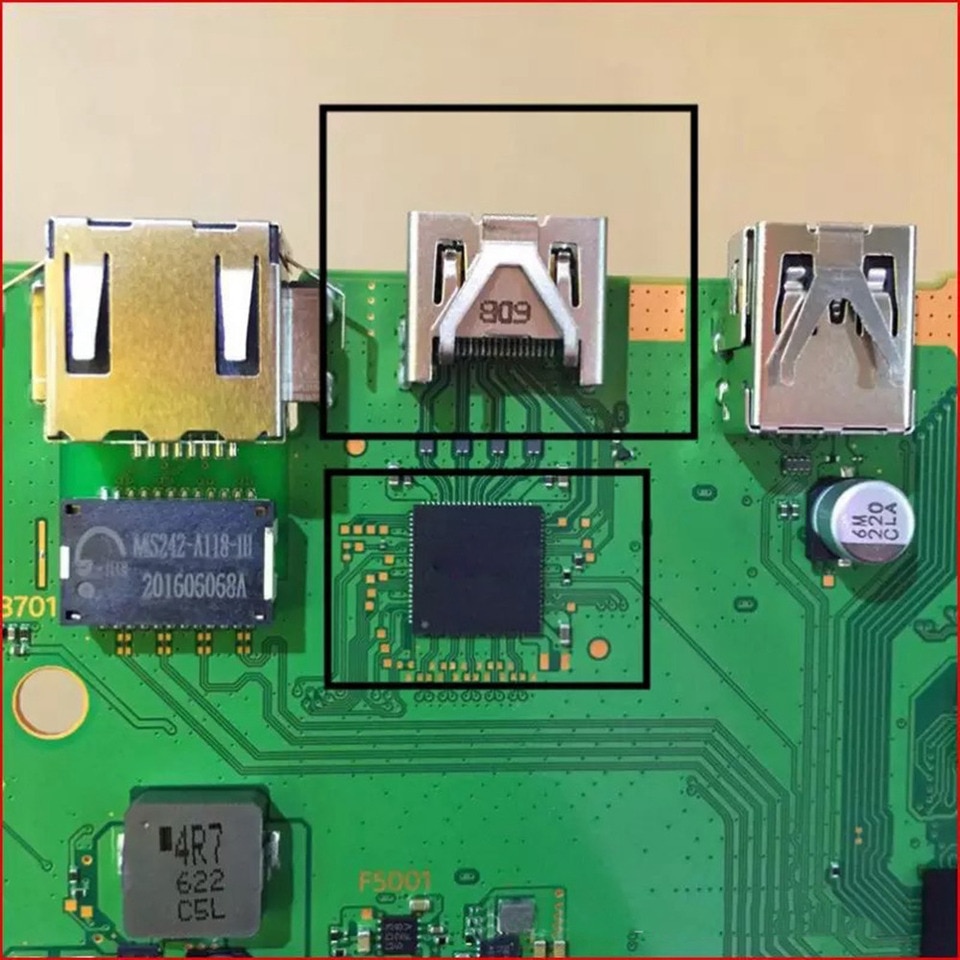 At Instant Technology Centre, we get dozens of PS4 console repair service requests from users. Most of the PS4 console owners need PS4 HDMI port replacement.

A broken PS4 HDMI port issue can be a terrible inconvenience. When your PS4 isn’t working, you haven’t just lost a game console – you may have also lost your Blu-ray player, your living room stereo and more. In order to fix PS4 problems, you would need professional assistance. Our team of expert technicians are here to help.

If you are looking for PS4 console repair or PS4 HDMI port replacement or any other type of console repair, call us 0208 3460 444 or contact us to get expert advice and solution for your console today.

This website uses cookies to improve your experience while you navigate through the website. Out of these cookies, the cookies that are categorized as necessary are stored on your browser as they are essential for the working of basic functionalities of the website. We also use third-party cookies that help us analyze and understand how you use this website. These cookies will be stored in your browser only with your consent. You also have the option to opt-out of these cookies. But opting out of some of these cookies may have an effect on your browsing experience.
Necessary Always Enabled
Necessary cookies are absolutely essential for the website to function properly. This category only includes cookies that ensures basic functionalities and security features of the website. These cookies do not store any personal information.
Non-necessary
Any cookies that may not be particularly necessary for the website to function and is used specifically to collect user personal data via analytics, ads, other embedded contents are termed as non-necessary cookies. It is mandatory to procure user consent prior to running these cookies on your website.
SAVE & ACCEPT
0
0
Your Cart
Your cart is emptyReturn to Shop
Continue Shopping